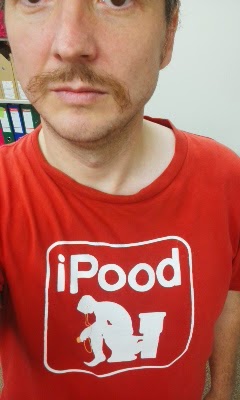 Please excuse the lateness of this post, but I am just recovered from a tsunami of work duties, PhD writing deadlines, and personal dramas.

Today, I’d like to sharpen my CDA skills on a simple question that I have been asked many times as an ESL instructor at a Japanese university:

“Are you going to teach class dressed like that?”

To the best I can recall, I have been asked this at least 3 to 4 times a semester for the past six years, thus between 18 to 24 times. Of these, only one incident came from a professor, the rest from fellow foreign ESL instructors. They have all happened in the morning when I arrive at work dressed in street clothes due to the sweaty, dirty nature of commuting in Japan, especially in summer. I keep clean, conservative teaching attire in my locker and change into it before starting classes.

After my objection to the question, most interlocutors defensively define the genre of their question as a ribbing joke, but their jab at humour is only pretense. The non-professor questioners have what could be described as ‘gleaming’ eyes, while the intonation is one of a markedly rising pitch. Both these body and vocal signs indicate that a certain pleasure is being taken merely from asking the question itself, not observing any reaction to a punchline indicative of humour, thus further defining it as a different genre. The one Japanese professor who asked this question lacked any of these signs, but was instead marked by a calm voice expressing concern and then relief upon the answer, and thus is excluded from further consideration.

The significant social fact is that all interluctors are of the same professional rank as myself – ESL instructor in Japan. This is a doubly precarious social identity, since ESL academics in Japan are rarely considered ‘real’ educators by academics in other fields, and also because many stay at the full or part time teaching level without ever completing a PhD. They thus have no hope of becoming a professor except in extreme circumstances of having inside help or moving to the countryside where rural institutions are more lax regarding credentials. Add to that recent changes in labour laws limiting instructors to 5 year contracts and reducing benefits and the desperation that births this sort of social jockeying becomes evident.

The main element of the utterance is the juxtaposition of‘the verb 'teach’ and the pronoun ‘that’. Teaching in Japan has the double cachet of respect traditionally afforded to the title of ‘sensei’, while MA-holding foreign university ESL teachers often consider themselves superior to the rank-and-file educators with bachelor degrees teaching in conversation schools across the country. Alternately, the use of the pronoun marks street dress as unmentionable, an alien ‘other’ unfit for the university environment. Ironically, there are non-accredited, 'scab' ESL teachers at my workplace who are forced to wear suits, in other words conform to a stricter dress code than the MA-holding contracted foreign teachers. This irony testifies to the greater social conformity exerted upon workers in relation to the precariousness of their position.

Coming from contracted, accredited foreign ESL faculty, the question itself is a form of self-policing, wherein university employees with little job security or authority attempt to exercise symbolic authority over a fellow by commenting on their violation of an implicit dress code. The fact that no code exists allows the presumption to occur, and also facilitates backpedalling when the interlocutor is confronted. As Bourdieu (1991) explains, this type of self-policing is common among the petit-Bourgeoisie attempting to accumulate social capital to make up for their lack of capital and thus power in other respects.

The fact that almost no professors ask the question implies that they are secure in their social capital and thus have no need for such strategies, although loyalty for the employer would explain the rare instance of questioning from a Japanese professor.

One can expect such strategies and gaming of social reality to increase as the precariousness of the ESL or ‘false’ academic increases in Japan along with worsening economic conditions and a rethinking of the necessity and even utility of English education here.

PS: I should note that since moving to a university with less standing, these questions have ceased, and I have even been suggested to dress more casually in accordance with other instructors.