Rhythmanalysis of This Neo-Conservative Age 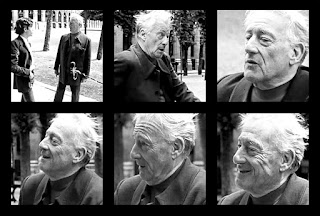 
I have been reading Rhythanalysis by Henri Lefebvre (2007) for an educational project. It is a thought-provoking look at what stands between and around the objects of traditional social science inquiry - the gaps, the lacunes, in other words the rhythm of production instead of the process of making or the products themselves.

It is an intriguing philosophical and analytical exercise, all the more so as it surrounds us in the everyday and yet has gone largely unnoticed and uncriticized. Lefebvre (2007) himself makes quite a tour of subjects as he articulates his theory and approach - he tackles bodies, then the body politic, capitalism, media and music in short order. Impressed, I am moved now to attempt a rhythm analysis of the present day. I will not have the breadth or depth of Lefebvre, and my analysis may be little more than armchair philosophizing, but as an exercise of thought it should suffice to bring about some insights into how the world is going, or where.


We live in an age of media-amplified upheaval, with polarizing lightening-rod figures like US president Donald Trump seemingly causing arrhythmia to our world body and the various political bodies (the US, Europe) that inhabit it. As Lefebvre (2007) himself presciently opined, "Today man, humanity, the human species is going through a testing time, where everything is thrown into question: including the existence of space, including the foundations of knowledge, of practice and of societies" (13).

I myself have made several abortive attempts at analyzing the discourse of Trump's ejections, but gave up due to their number, the paucity of their content (ie low ratio of content to rhetoric), and the excess media and academic attention afforded to Trump, which gives him too much credit as an actor of change. Instead, I will use rhythm analysis to conceive of the rhythm of events, in other words the movement of history at this point, in the hopes of finding something that a fine Discourse Analysis would undoubtedly miss. I agree with Lefebvre's (2007) assertion, "rhythm (linked on one hand to logical categories and mathematical calculations - and on the other to the visceral and vital body) would hold the secrets and the answer to strange questions" (14).

So, we are in an age when, for example, bodies in expansion (such as Germany) are out of synch with bodies in retraction (i.e. the US), in other words both exist in a state of an arrhythmia where once there was a healthy if imperfect eurhythmy. In terms of rhythm, the once outward (ie expansionist yet open to immigrants) America is retracting into nationalism and racism, while the once nationalistic and racist Germany is trying to keep its momentum of postwar expansion (acceptance of refugees, expansion of the EU). For simplicity of analysis, I will not at this time include bodies such as Russia, France, or China into my calculations, but instead focus on these two oppositional political entities.

Into this simplified or isolated horizontal axis (ie between states) I add vertical relations, ie where the leaders and their ideologies (ie the rhythm of their internal beliefs) rest inside their political bodies. Trump is both at the top of the socio-economic rank in the US, and has executive control of America's political structure. Merkel has similar control of Germany but comes from a lower, technocratic-bourgeoisie social demographic. She does not control Europe, but since US states have challenged Trump's legislation such as the controversial 'Muslim Travel Ban', these two arrhythmia cancel each other out for my purpose.

Ideologically, Trump is out of tempo with the liberal half of his society, but not with its elite, and has earned the support of the conservative half of the American populace due to his outsider acts and utterances, giving him an approval rating equal to Obama's at his peak (Sherman 2018). Merkel enjoys broad support (DW.com 2018) but is slipping due to societal differences, fears of Russia, unpopularity of cabinet members, and lack of European partners.

Seen in this light, Trump's attempt to (re-)establish a lone isorhythmic 'great' America has caused a formerly healthy eurythmia with Europe to morph into a diseased arrhythmia, while hinting at new eurhythmics with Russia and China. While Germany waits for the rhythm to reassert itself, Trump pushes it further into arrhythmia. Although Lefebvre's (2007) language is largely passive regarding change of rhythm, the discursive or confrontational aspect of rhythm - that one body may be deliberately throwing a previous eurhythmia out of synch - also comes under his gaze. He states,

"once one discerns relations of force in social relations and relations of alliance, one perceives their link with rhythm. Alliance supposes harmony between different rhythms; conflict supposes arrhythmia; a divergence in time, in space, in the use of energies. The relationship between forces, which requires the domination of one force and draws on the relations of alliance as means (and not ends), is accompanied by a disassembly of times and spaces; of rhythms." (68)

In other words, Trump's pushing of arrhythmia with Germany, of disassembling the times and spaces of cooperation, is a means to get want he wants, not the end in and of itself.

As Lefebvre (2007) warns, rhythanalysis is preventative and not curative (68), and so the current turn of events is due to previous actions that have harmed the eurhythmia or harmony between Germany and the USA. He offers no solutions to this problem, just a clearer picture of the distortions and arrhythmia they cause.

However, Lefebvre (2007) gives a possible hint to a response when he notes how politics uses rhythms for its ends. He states,

"Political power knows how to utilise and manipulate time, dates, time-tables. It combines the unfurlings [deploiements] of those that it employs (individuals, groups, entire societies), and rhythms them. This is officially called mobilisation. The authorities have to know the polyrhythmia of the social body that they set in motion. It is the extreme case, revealing simultaneously official and empirical - political and military rhythmanalysis." (68-69)

Indeed, despite the public outcry and federal court order against the separation of illegal immigrants from the children at the US border, there is every sign Trump's office intends to separate more families than before (Stern 2018). This is a masterful stroke of rhythm, of waiting for the uproar to die down before continuing business as usual. It is part of the neo-liberal and neo-conservative shared playbook, with results visible in both Trump's shift on the post-financial crisis regulation Dodd-Frank, as well as his rethinking of the US-EU security alliance.


What to do? Maybe intentional arrhythmia should be met in kind. Earlier today, I posted the following to Facebook under the heading "News I wish would happen..."


News flash: German ambassadors fly home, all US ambassadors & US troops expelled from Germany. "Have it your way, Don" says Merkel.

Perhaps, instead of waiting for Trump and other conservatives to disassemble times and spaces, to set the rhythms and oppositions that keep socialists and liberals off balance, the progressives need to set the social body in motion themselves instead of trying to keep it in political relations that no longer exist. Causing arrhythmia in the conservative camp could be the proactive step that snaps new relations into places, and at worse would only clarify the direction of a deteriorating eurhythmia fast enough to prepare oneself for adapting to the new realities that the eventual dissolution of an alliance entails.

Stern, Joseph. (2018). "Trump’s Office of Refugee Resettlement Is Budgeting for a Surge in Child Separations." Slate.com.
https://slate.com/news-and-politics/2018/07/trumps-office-of-refugee-resettlement-is-budgeting-for-a-surge-in-child-separations.html
Posted by Tedankhamen at 7:50 AM